It consisted of seven categories over two divisions:

This tournament was free to members of BCKFC and lasted throughout half the spring, all summer, and the first half of the fall fishing season. The goal was then to get the most points by trying to catch the longest fish in each category. This made each species just as important as the last  Each division would win a kayak so no division held more value over the other, both fly and conventional divisions would be competitive.

Because this tournament lasted eight months, it really made fishing in it fun. It wasn’t the “all or nothing” approach most tournaments have where everyone fishes the same area on the same day, no matter what the conditions. I was able to fish at my leisure and pick weather conditions that were favorable to me. I also chose to fish strictly in the fly division.

Right off the bat, I was able to put two good fish on the leader board. During my first weekend in the marsh, I caught a 19-inch speckled trout and a 22-inch redfish on the fly rod. That trout ended up being the fish that would choose my destiny in the tournament. 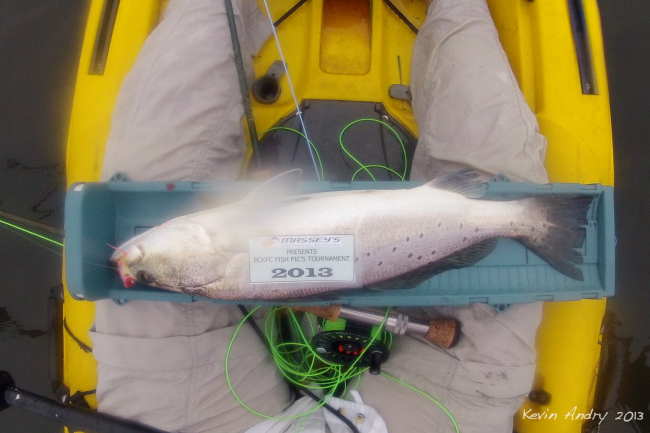 As you see, it was caught on a popper.

My largest bass was a 15-and-a-half inch fish that I caught on False Rive in May. It too was caught on a popper. 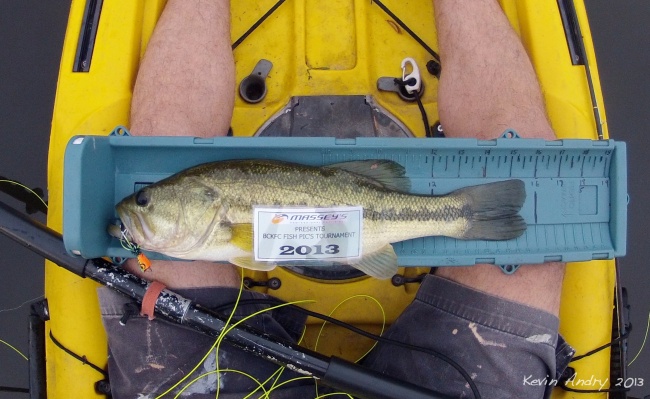 I caught larger bass (up to 19 inches) but they weren’t eligible due to the fact that they were caught in my neighborhood lake. The rules of the tournament stated that all fish had to be caught in a kayak in public waters.

While I put a good redfish on the leader board in March, I spent the rest of the tournament trying to upgrade my original catch. After a couple upgrades, I finally finished with this redfish that I caught in Dularge on a popper.

I had a lot of crazy miscues with fish that would have probably won the tournament for me but as fortune would have it, I would finish second in the tournament in the fly division to Jonathan Craft. Jonathan caught a 34-inch monster redfish and a small bass the very last weekend to nudge him ahead of my first place finish. Second place earned me a plaque and a $300 check, which is pretty cool anyway.

I’m really looking forward to next year’s tournament. I learned many things during my first year with this format.

I also hope that the tournament officials will add more species to the fly rod division… like a bream, sacalait, and even flounder. While the flounder is so difficult to catch on the fly, it could be a game changer to whomever catches one on the fly.