Another week of summer band camp is in the books and I’ve got time to do some pond hopping and will go south soon to do some fishing near the coast. This is a compilation of several short trips where I’ve been targeting bream on my 3 wt. With all the catch and release I usually do, it’s been tempting to do some catch and release into a hot skillet! Catch Cormier and I made a trip to Toledo Bend and Lake Cotille a couple of weeks ago but the bass and bream were small. Since then, I have been able to catch a few nice ones and I put together a stringer of several fillet-sized bream. This morning, I was able to catch a freshwater slam (bass, bream, and catfish) on a new fly that Glen turned me on to called a hare’s ear nymph. Hare’s ear’s are popular flies for trout in cold water fishing conditions but I haven’t tried them for warm water. It seems to be just ticket for bream once the morning warms up and they quit hitting poppers. 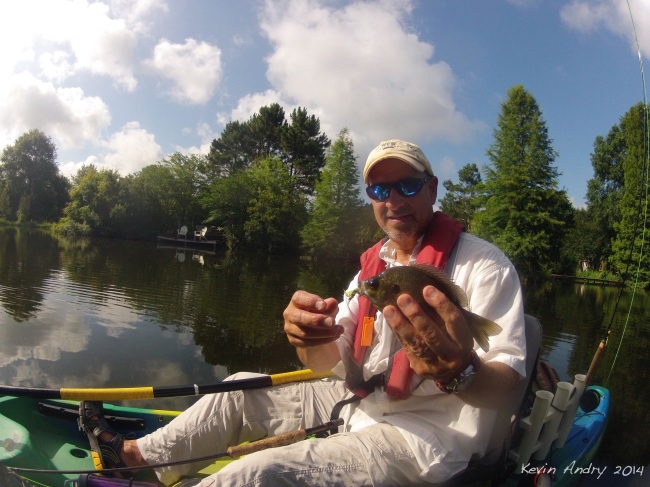 I put together a short video called “Ode to the Summer Gobbule.” It seems that gobbule is another name for bream. You can check it out here: https://www.youtube.com/watch?v=_Kt79XLgpZQ