School has been out down here in south Louisiana since last Wednesday and I’ve taken advantage of the time to get on the water. My first excursion was a trip to Grand Isle with a good friend and colleague of mine. We were able to fish only one day  (Thursday morning) because the wind picked up Friday and made it just about impossible to fish from a kayak with a fly rod. I did manage to catch three pretty speckled trout on poppers by anchoring and casting with the wind to my back to a wind-driven point. I had numerous misses and even lost a real nice one at the net but was able to land this one before the wind just got impossible. I actually foul hooked her (look under the pectoral fin) so for a while there, I thought I had Moby Dick on the end of my fly rod!

I came back home to spend time with family, as my daughter and her husband were coming to town for the Memorial Day weekend. The whole time, I kept a watchful eye on the winds and decided there would be a window of opportunity to get some trout fishing in the surf Tuesday. The CCA STAR Tournament began Saturday and I finally decided to enter the tournament and fish it in the fly division. I caught 8 speckled trout Tuesday morning but they lacked the size of the fish I caught the previous Thursday. I had two fish that were 15.5 inches so I entered my biggest and low and behold…

I received a text from a former student of mine and I agreed to meet him early Wednesday morning to fish for a couple of hours in what has become my favorite fresh water hangout. It’s ashamed it’s a private lake but it has afforded me hours of chill time and I’ve caught 44 bass there the last two visits! I was able to sight cast for bass on crease fly poppers. I would see a wake and cast to it and then watch as the bass would explode on my popper. My largest of the morning was 2.87 pounds. 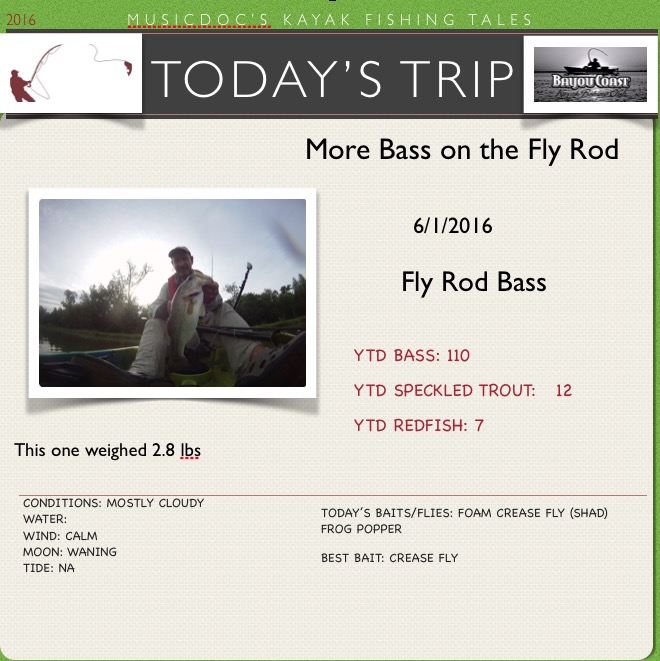 I’m still fighting the pain of two broken wrists. I’ve had my left splint off for three weeks now but the right one is still bothering me. Here’s a copy of the X-ray:

It doesn’t take a radiologist or a hand surgeon to see the crack on the radius bone. It will be seven weeks tomorrow and I still cannot land a fish without my wrist brace. The darned thing (the brace, not my hand) is beginning to stink now 🙂 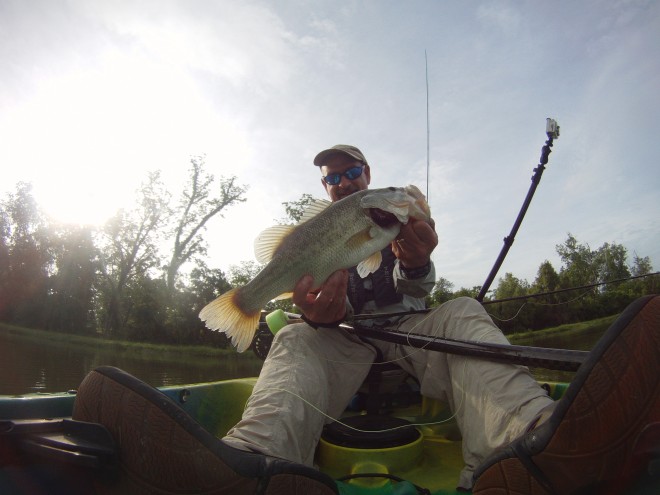 My hand surgeon made me promise to keep some of the bass from the lake that were under 15 inches, so I kept these 8, filleted them and gave them to some of our custodial workers at school. They were thrilled! 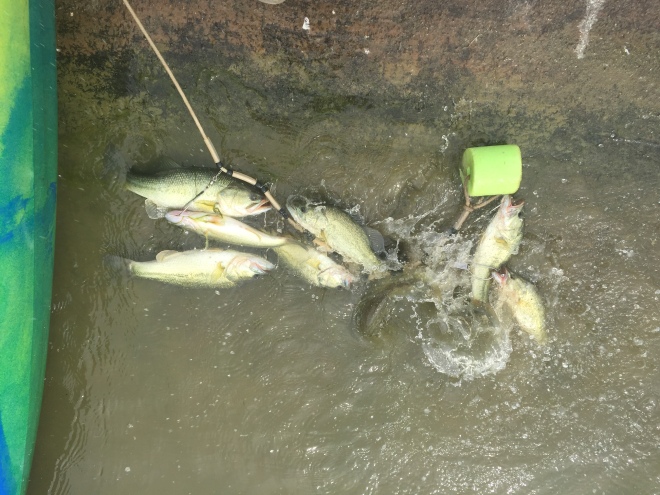